For the first time in a long while, the Los Angeles Outfest is going to be doing something out of the box at the Sundance film festival 2021 . It is hoping to expand its mission of promoting equality by sharing meaningful LGBT stories and experiences.

Outfest has made it official that it’s going to launch Outfest House @ Sundance which confirms the launch of new series of celebrational and educational gatherings in addition to its popular Queer brunches that are going to be held at the core of Sundance festival 2021.

Get your 2021 Sundance film festival tickets as the entertaining afternoon panel program will have three-panel discussions as follows:

The Past and Future of Queer Cinema

The professor of film & digital media and the famous critic of queer films, B. Ruby Rich is the honored guest who’s going to lead the very discussion with the filmmakers about where the queer film industry stands currently, how to evolve it and expand it. Well, it has been three long decades since this infamous critic used the word “New queer cinema” which elaborates that the industry is heading forward.

The Politics of Queerness

Actors, film professionals, and makers will all be there to discuss how the power of queer storytelling can bring change and help people to get aware. It will be discussed how the onscreen queer representation can promote progress.

The panel will discuss the visibility of queer storytelling nowadays in 2021 Sundance movies and the long-distance the industry has traveled and the long road that still awaits. 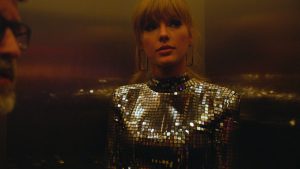