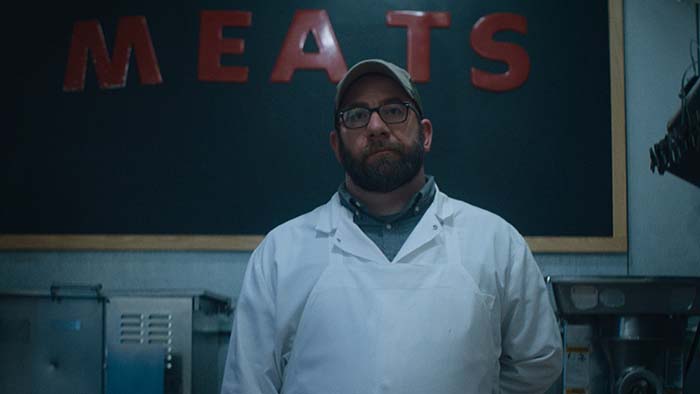 A pregnant vegan tries to resist her cravings for meat.