Mila Kunis and Ashton Kutcher were photographed while they were at the premiere of Mila Kunis’s Four Good Days at the Sundance Film Festival 2021. The premiere was held at the Eccles Center Theatre in Park City, Utah, on Sunday.

They were also spotted at the afterparty with co-stars Glenn Close and Stephen Root, which was held at the IMDb Studio at the Acura Festival Village. The couple tried to maintain a low profile at the festival and even politely declined the requests for couple of pictures. They kept their dress style casual, with Ashton in a plain white T-shirt paired with a scarf, while Kunis wore a simple black shirt paired with black jeans. 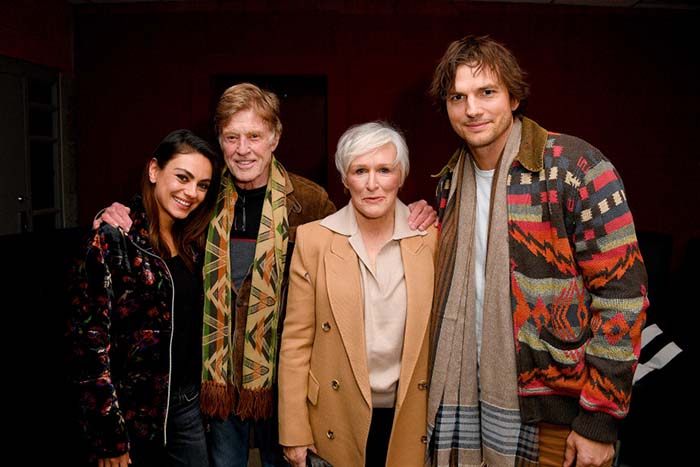 The couple got married in 2015 and have two kids. Mila also joined in at a panel discussion about her movie at the 2021 Sundance movies and the change in her choice of films.

Four Good Days is a movie about a mother who is trying to rekindle her relationship with her estranged, recovering addict daughter.

How to Fest at Sundance Film Festival 2021?

Sundance Institute welcomes more than 124,000 attendees every year and it is spread out across three locations; Park City, Salt Lake City, and Sundance Resort. This annual mixer kicks off in a few months and if you plan on attending the Sundance Film Festival 2021, then you must know how to make the most of […]

A Machine for Viewing

The invisible cinema, known as “a machine for viewing”, was the brainchild of filmmaker Peter Kubelka. In 1970, he designed a movie auditorium where through controlled lighting, he gave the effect of the screen disappearing into the darkness. Directors Oscar Raby, Richard Misek, and Charlie Shackleton use this kaleidoscopic experiment on the cinema to transform […]