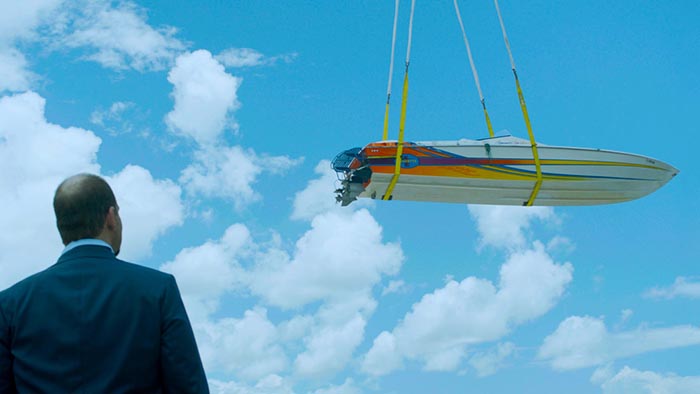 This 120 minutes run-time movie is the story of real estate developer Jim Cummings. He is trying to find investors for his new Miami condo skyscraper. This was built to fulfil people’s wishes and dreams.

While finding new investments, he tries to explain that Miami has transformed a lot, from the country’s swampland to housing skyscrapers and adventures. At the centre of the film is a boat, which houses the stories, as uncanny and surreal as the film itself.