The Sundance Film Festival 2021 is one of the most prestigious platforms that appreciate, revive and innovate the art of filmmaking, and for decades, this platform has allowed young artists, talented minds and creative geniuses the prestige of winning appreciation for their craft.

The Sundance Film Festival 2019 was a raving success that showcased some of the most spectacular movies, documentaries and short-films of the year, and the Sundance Institute is currently in the process of selecting listings and submissions that will be showcased at the Sundance Film Festival 2021. Ladies and gentlemen, this is a spectacular opportunity to submit your project, be it a documentary, a feature film, a short film, or even episodic content of any nature, if you think people will like it, Just go for it.

This platform encourages you to submit your work and allow your craft to be praised, reviewed and enjoyed by other artists, industry bigwigs and media moguls from the entertainment industry. If you’re wondering about how to submit your film to the Sundance movie festival, keep reading this article as we’re just about to walk you through the process.

Here’s everything you need to know:

Submit to Sundance: The FilmFreeway

The Sundance Film Festival submissions accept a wide range of genres, films, fiction, and documentaries, but first, you must first make an account on the FilmFreeway. The FilmFreeway allows you to examine the festival listing page, where you can submit your existing project, or even a new submit or a new project to Sundance.

If you’re wondering how to submit the film to Sundance, the FilmFreeway is the answer to all your questions. This impressive database also allows you to explore the nature of all the content received by the Sundance Film Festival, including some of the best Sundance movies, short films, feature films and episodes, which can be viewed live.

Note: Those who want to submit a screenplay to Sundance must note that the Sundance Film Festival does not accept submissions of screenplays.

The Sundance Film Festival 2021 has come with a new submission category, which allows you to submit a VR, AR, MR or XR project. You can even submit a proposal for a New Frontier media installation, or even a cinematic clip that consists of a live performance. Needless to say, the Sundance Film Festival 2021 has truly stretched the boundaries and expanded the horizons of artists, allowing them to submit projects that fall beyond the realm of traditional filmed media.

If your experimental film does not consist of a live performance or interactive features, you can submit it on the FilmFreeway, in the categories of short film, or even a feature film. But if the project falls beyond the realm of traditional cinematic media, you can always submit it to Sundance 2021 through the New Frontier Films program. Just be sure to specify the categories and nature of your film on the cover letter that will accompany your submission on the FilmFreeway.

What are the Submission Categories of Sundance? 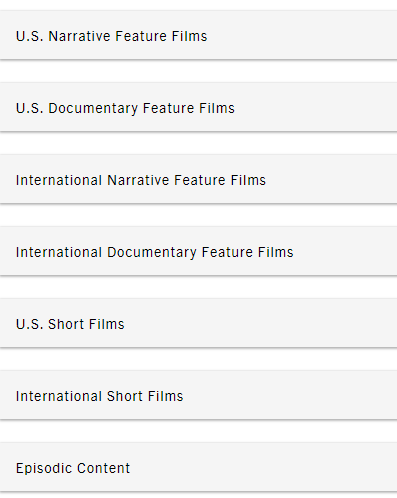 Every year, the Sundance Film Festival selects around 120 feature films, 80 short films, 15 episodic features, and around 30 New Frontier projects and exhibition performances, which are played at Utah’s most prestigious festival.

The Sundance Film Festival allows cinematic storytellers to submit a diverse range of content and films based on any given genre. In order to understand where your submission falls in the categories provided to submit to Sundance, it is important to familiarize yourself with the categories.

Let’s explore some of the sundance submission categories in detail: 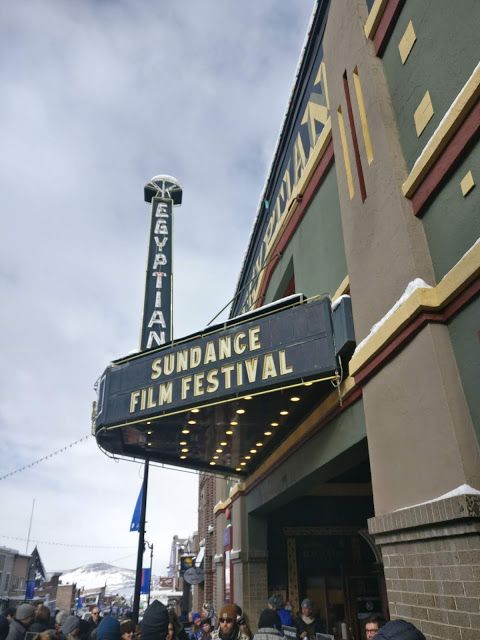 The Sundance Film Festival 2021 has a category allocated for any fictional, narrative-based or non-scripted work, including mockumentaries, produced within the United States. These films and episodic projects must have a running duration of at least 50 minutes or more, and the project must be based on fiction or a script. Feature films that have been screened at two other festivals across the globe, or streamed on the internet or television are not eligible for the U.S Narrative Feature Films category.

This category of the 2021 Sundance Film Festival accepts all non-fiction films that originated in the United States, with a running duration of at least 50 minutes or more. This category will not accept any fictionalized or scripted film, however, if you have dramatized certain real events, the panel of the Sundance movies festival will review your submission to evaluate its merit.

Another important thing, in order to qualify for this category, at least half of the funding for the project must be originated from the United States. Keep in mind that documentary films that have been submitted to another non-festival screening, or broadcasted on the internet or television, or any other public distribution platform are not acceptable for this category.

This category accepts the submissions of any non-scripted, mockumentaries or narrative-based, a fictionalized film that has been produced outside of the United States. The film must be at least 50 minutes long or more, and more than half of the funding for the project must originate from outside the United States. The films that have been previously screened at festivals outside the country of origin of the film cannot be submitted to Sundance.

The Utah movie festival also accepts non-fiction and documentary films produced outside of the United States, as long as they have a duration of at least 50 minutes or more, and do not consist of any fictionalization or scripted features of real events. The documentary can contain certain dramatizations, however, more than half of the funding must originate from outside the US.

If you are a short-film creator based in the US, this category allows you to submit any genre of narrative-based, non-fiction, or fiction film to the 2021 Sundance Film Festival. You can also submit non-scripted fiction films, or even documentaries, as long as the running time, including credits, is less than 50 minutes. The film must be originated in the United States, and half of the funding must also originate from the US.

There are no requirements or restrictions with regards to prior premiers or screenings for the US Short Films categories, and short films released through television or the internet are still eligible for the Sundance Festival.

The Sundance Film Festival submissions for international short films include any genre of narrative-based, or non-scripted fiction projects, including documentaries and non-fiction works. The film must have a duration of less than 50 minutes, including credits, and it must be produced outside the United States, while at least half of the funding must also originate outside the US. There are no premiere or prior screening requirements, and films that have been screened or broadcasted elsewhere are eligible for this category.

The 2021 Sundance movies festival has an exclusive category for any genre of non-scripted, non-fiction, fiction or documentary films, which have been produced anywhere across the globe. The category for Episodic Content must be presented or intended to be produced in a multi-episode project, and filmmakers can present one or multiple episodes of the same project. The film size limit is 10GB, and these episodes must be presented within one single video file.

The Sundance Film Festival 2021 accepts both long-form and short-form content. Keep in mind that submissions of projects produced in the United States that have already been broadcasted to the general public through any medium, be it television or streaming before February 2021 will not be accepted.

For episodic content produced outside the US, the submissions will be accepted if the content has only been released within the country of origin, however, content that has not been released to the public at all will take preference. Applications are allowed to submit pilot episodes that have been screened at other festivals or broadcasted at other platforms, as long as you can provide subsequent episodes that have not been broadcasted at any platform. 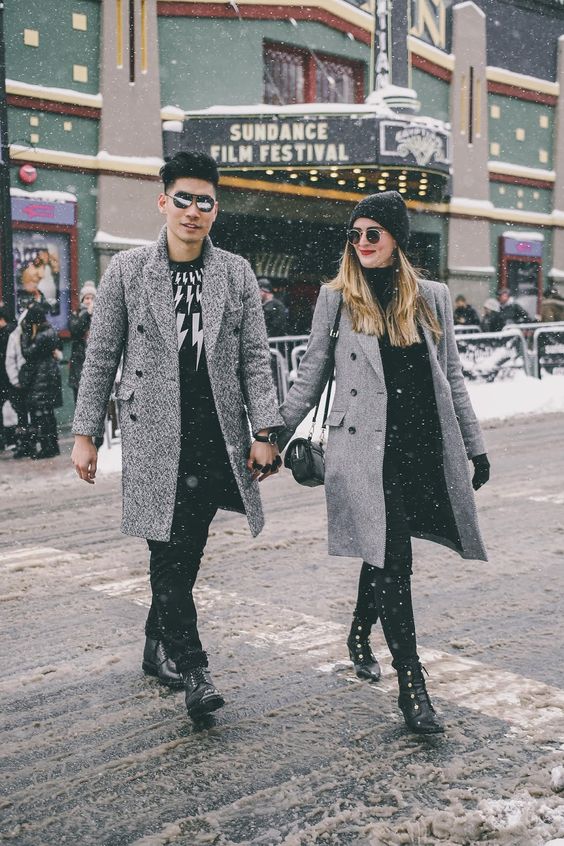 One of the most talked-about and innovative projects of the 2021 Sundance Film Festival, the category of New Frontier Exhibitions and Performances allows filmmakers to present works that are VR, AR, MR or XR projects produced for live cinematic performances, digital platforms, media installations or others. This category is incredibly vast and allows innovative cinematic storytellers who explore non-traditional filmmaking avenues to showcase their work.

If you intend to submit a VR, AR, MR or XR project for this category that consists of interactive elements other than traditional filmed projects or a live performance, it cannot be submitted through the FilmFreeway. Be sure to provide the spatial, logistical or other equipment required for your project. This category allows a diverse series of submissions by technologists and creative storytellers, including fictionalized films, interactive projects, documentaries and more.

Projects that have been exhibited at other shows or movie festivals will be accepted by the Sundance Film Festivals, however, prior premiers and screenings are considered by the panel responsible for selecting the submitted projects and listings.

The Sundance 2021 has opened up a striking arena of submission categories that allow filmmakers across the world, regardless of their genre or area of interest, to showcase their work and reach a bigger audience. We strongly urge you to stay abreast of all the latest happenings and keep in mind the deadlines to make sure your submissions reach the Sundance Institute in a timely fashion.