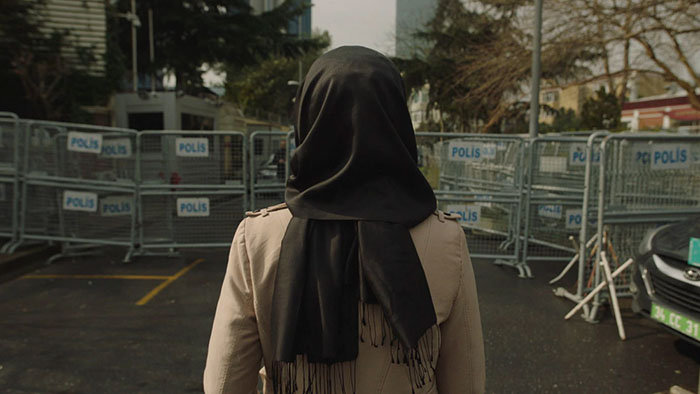 A journalist – Jamal Khashoggi – from the Washington Post was critical of his beloved Saudia Arabia and the Crown Prince. After entering Saudia’s consulate in Istanbul on Oct 2, he never came out. His loved ones try to piece together the clues and find out that the very country he loved was at fault for his brutal murder.

With exclusive access to the evidence and the concerned individuals, this feature is an international thriller that reveals a global cover-up long after the headlines have faded. In a heartbreaking candid feature, Jamal sacrificed everything for the freedom of speech, that cannot silence him forever.

Muna – a young bold woman – is sick of being controlled by the rigorous restrictions imposed on her by the government. After her arranged marriage, she sees a life that threatens her free will and sets out to find her own escape. By filming through her hijab, she has documented the claustrophobic moments of […]

We know you are as excited about the Sundance Film Festival 2020 as us! Or the 35th Annual Sundance Film Festival as you may have it. For those who don’t know about it, it’s the LARGEST independent film festival in the United States! AND the submissions for all feature films, short films, and episodic content […]