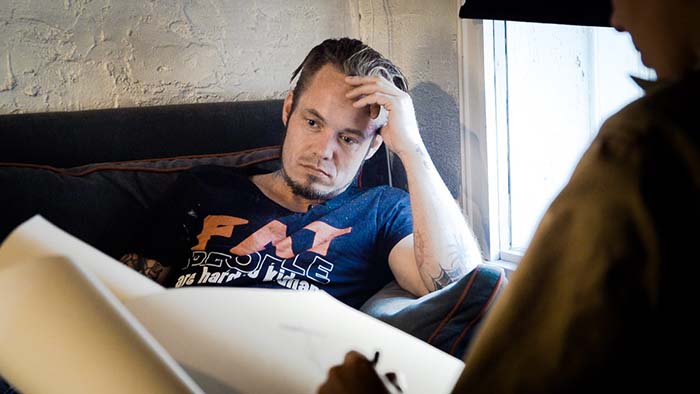 Two paintings made by a Czech naturalist Barbora have been stolen from an Oslo Art Gallery. As the Norwegian officials quickly trace the culprits they are unable to retrieve the paintings. Curious about what happened, Barbora reaches out to a thief. When he agrees on being sketched by Barbara, the film turns into a structural shift of friendship and human connection.

Filmmaker Benjamin Ree portrays the broken lives of two individuals who start seeing their souls in the other. Their darkness, vulnerabilities and self-destructive behavior defies comprehension. This film changes our understanding of people as a crooked thief breaks down after seeing his portrait.

Fox Rich – entrepreneur, author and a mother of six has spent the last 21 years fighting for her husband’s release who is serving 61 years for an offense they both committed. With home-video diaries, this feature offers a glimpse into the years of struggle, longing and pain of being connected. Time is a witness […]