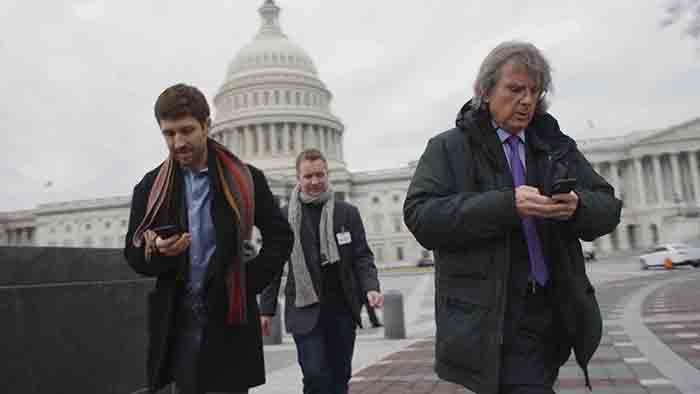 Humans are the raw source of feed for technological wizards. This new form of capitalism uses artificial intelligence to hijack attention, jeopardise truth, tear norms and place individuals on a self-destructive path.

Set in Silicon Valley, the doc displays expert testimony from whistleblowers exposing how search engines, instant information and networks are merely baits that sell us their finesse to control, influence and manipulate us. This cunningly entertaining feature highlights surveillance capitalism that starts from the buzzing mobile phone in our pocket. This documentary is an awareness program created in hopes of preserving the very fabric of our society’s sanity.

Mila Kunis and Ashton Kutcher were photographed while they were at the premiere of Mila Kunis’s Four Good Days at the Sundance Film Festival 2021. The premiere was held at the Eccles Center Theatre in Park City, Utah, on Sunday. They were also spotted at the afterparty with co-stars Glenn Close and Stephen Root, which […]